skip to main | skip to sidebar

Last Chance For "West Wing" To Win At Emmys

"The West Wing" was nominated and could win Emmy Awards for the last time this year.

The Creative Arts Awards were already held last week to honor the technical aspects of television. "The West Wing" won against "Two and a Half Men" in the category Outstanding Multi-Camera Sound Mixing for a Series or Special for the Live Debate episode.

The official press release mentions that Bradley Whitford and Timothy Busfield presented some awards and news reports mention that Allison Janney was also a presenter.

Before this, E! will be interviewing celebrities arriving on the Red Carpet starting at 6PM ET until 8PM ET. This 2 hour special will reair on E! during the day Monday.

Starting at 7PM, NBC will also be interviewing arrivals on the Red Carpet. This broadcast will not be repeated.

E! 's Red Carpet Coverage will also be shown on its international station. In the UK, this broadcast begins at 11PM GMT and will be repeated frequently throughout the week. Check the listings of your digital TV provider.

In Ireland, the Emmy Awards will air September 9 on TV 3.

There is currently a poll at IMDB.com where registered users can choose their pick for Outstanding Drama Series.

From the Boston Globe:
"Supporting actor and actress, drama
Should win: Oddly enough, I find myself rooting for Alan Alda. He was critical in making the final season of ``The West Wing" work as well as it did. And Jean Smart brought needed emotional believability to ``24" as the first lady.

Will win: Voters will probably honor both Smart and Gregory Itzin, who played a weak, duplicitous president. They were the reason to watch ``24" last season."

From the Rocky Mountain News:
"If The West Wing wins its fifth Emmy as best drama, it would break a tie with Hill Street Blues and L.A. Law. Each has won four."

From the Boston Herald:
" ‘‘When they sit down and vote, I gotta tell you I think they’re going to vote for Martin Sheen,” Leary said of the ‘‘West Wing” star. ‘‘He’s a sentimental favorite, and this might be his last shot in terms of a series. This is a guy who’s played John Kennedy and Bobby Kennedy. He probably could play Teddy Kennedy if he wanted to start drinking again and putting on weight!”
Posted by newsjunkie at 11:36 AM 2 comments: 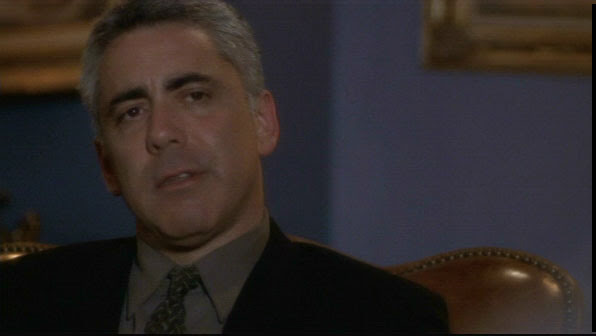 Posted by newsjunkie at 3:44 PM No comments: 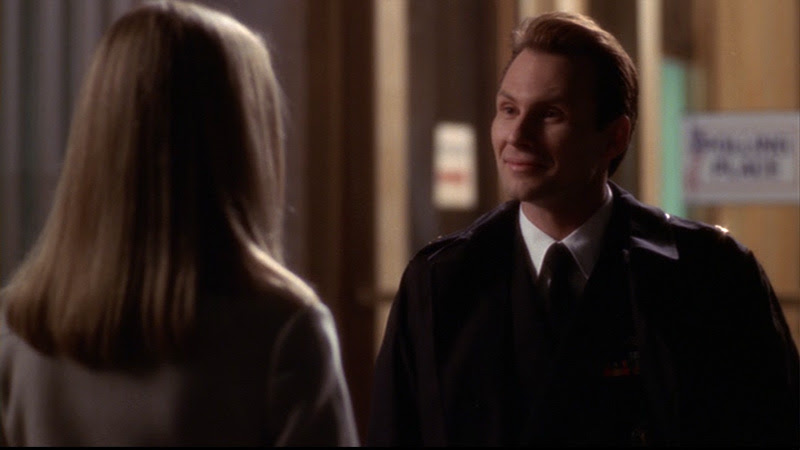 Posted by newsjunkie at 3:57 PM No comments:

The British channel More4 is rerunning "The West Wing" from the beginning Sundays at 8PM GMT. It is rerun on on More4 + 1 an hour later as well as early in the morning Mondays. Toight episode 2, "Post Hoc Ergo Propter Hoc", is being shown.
Posted by newsjunkie at 10:59 AM 1 comment:

From the San Jose Mercury News:
"Imagine a movie that actually depends on cell-phone interruptions and loud, incessant chatter.

For many, that will sound like a reel nightmare, the cineplex equivalent of the Tower of Babel.

At ZeroOne, San Jose's inaugural high-tech arts festival, such a confluence of media represents the future. You, however, can experience it Wednesday night at the Dr. Martin Luther King Jr. Public Library -- or rather, on the library.

``Specflic 2.0'' -- a speculative discourse on the future of libraries -- utilizes MLK's walls and courtyard, multiple projection systems, live sound mixing, radio and Internet feeds, and a cast of five, including Allison Janney, who plays a book searcher in an InfoSphere, where ``book objects'' are accessed telepathically.

Janney, who co-stars with fiance Richard Jenik, said she still has trouble wrapping her mind around the mind-blowing concept.

``Do you understand it? Because I don't,'' said the former ``West Wing'' regular, only half joking.

The idea is to create viewing spaces -- or ``story zones'' -- that envelop the viewer, explained director Adriene Jenik, Richard Jenik's sister and an associate professor of computer/media arts at the University of California-San Diego. Director Jenik's largest images -- almost 40 feet wide by 30 high -- will rival some IMAX screens. Her ``near-future fiction'' unfolds in the year 2030 and brings to mind Aldous Huxley's ``Brave New World.''

``I call it `distributed' or `distracted cinema' because it utilizes cell phones, laptops, radio -- and other popular distractions,'' the director continued. ``It's an alternative to the traditional way of watching movies, where a group of people who are quiet face the same direction and watch something that's linear, time-based . . . has a beginning, middle and end.''

As passersby or those seated in the library courtyard view the unfolding drama, they will be encouraged to ``watch'' in new ways, using devices and various media that have traditionally been anathema to film-going. This interactive cinema, Jenik explained, will ``come at the participant from many directions at once'' and create ``a spectacular story world'' where we can reflect on how our culture is changing and what we are losing and gaining.

Janney, who spent much of a recent San Jose shoot telling her director, ``I have no idea what you just said,'' now senses she's part of something weird and exciting.

``In `Specflic,' I go around talking to this InfoSpherian person, who tells me to look for a book,'' said the actor. ``As I understand it, we're trying to create an environment in which the audience is surrounded by the art. It's terribly visionary, this wild interactive thing. You really have to see it to understand it.''

Janney -- who apprenticed in experimental off-Broadway theater and appeared in Jenik's earlier ``Specflic 1.0'' -- is obviously a whole lot more in tune with cutting-edge cinema than she lets on. She essentially volunteered her time on the new production -- for airfare and the price of a room at the Sainte Claire Hotel.

``It doesn't matter that I get paid nothing as long as I stay stimulated,'' she said. ``After the cancellation of `West Wing,' it was like being dropped off at a bus stop: I had no idea where I was going. So, instead of waiting for the next perfect thing, I decided to try something strange and challenging.''

What ``Specflic 2.0'' has to say about the end of the library as we know it is more prophetic than cynical, director and star agree. In the age of Google and Web surfing, libraries are not being used as they once were. Indeed, director Jenik and her crew couldn't remember the last time they'd visited a library.

``Libraries as we knew them growing up are not going to exist in the future,'' predicted the director. ``The librarians I've interviewed know this; they know that there are new ways to access information.''

Janney's return to a library left her feeling both exhilarated and nostalgic. ``Just being around the books, feeling them and looking at them, made me sad that I hadn't been in a library for so long,'' she said. ``I'm not sure how I feel about doing research now on the computer. In some ways I wish we could go back.''
Posted by newsjunkie at 9:40 AM No comments:

Happy 66th Birthday to Martin Sheen! And many thanks for bringing to life both the wisdom, gravitas and humor of President Josiah Bartlet for 7 incredible years! 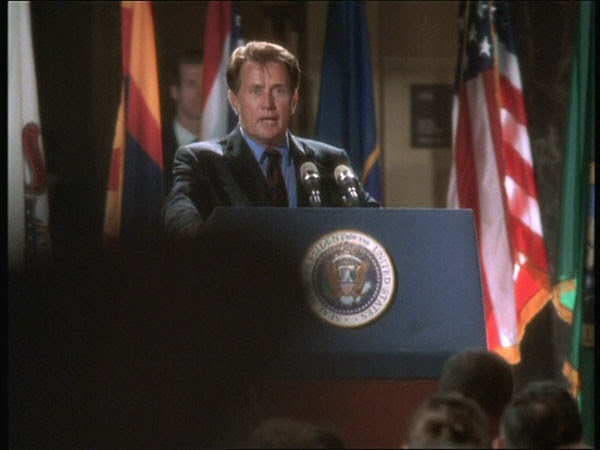 Posted by newsjunkie at 10:31 PM No comments: 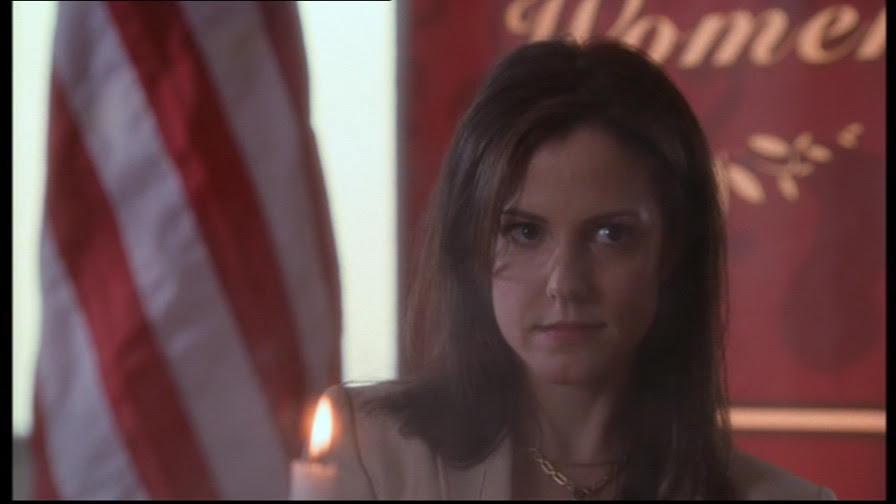 Happy 42nd Birthday to Mary Louise Parker!
Posted by newsjunkie at 5:12 AM No comments: